44th President of our United States of America 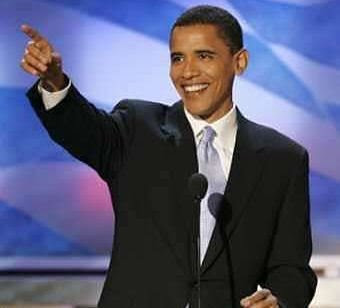 I'm proud to be an American.
Posted by IHeartQuilting at 12:18 AM No comments:

...and not just because I am finally blogging here after 4 months of not.

I have not blogged on my own site here since the end of June, but thought that today's groundbreaking and historic presidential election was a good reason to stop in. I had the immense pleasure of voting this morning, with Number One Son. He turned 18 in June and this is the first election in which he could cast a vote. I high-fived him after he came out of the voting booth, and gave him a big hug, that he didn't seem too embarrassed about. We then ran into one of his friends, who I also hugged and congratulated on his first election.

I am so excited about this election, and hope that our candidate wins to lead our country in a new direction. But my blog is not about politics and I really just wanted to share my voting experience. We took Little Grim with us, and I had packed a bag of things for her to do at the polls, in case we got caught in a long line. I packed crayons, her coloring books, and some flash cards. As we were leaving the house, she said she was taking her camera so she could take pictures of our candidate - she thought he would be there. I thought that was so cool - she is only 4 and a half and has gotten caught up in the excitement of the election. I've tried to explain about Democracy and why we are allowed to vote. She asked when she would be allowed to vote.

We are having a small 'Election Returns Watching Party' this evening, just to hang out and watch the results. My son and his friends are actually going to be here for at least part of the party. They became involved in the campaign many months ago, to my surprise. I was not politically-minded at their age.

I am so happy and proud that they have accepted their responsibility and right as Americans to vote.
Posted by IHeartQuilting at 3:58 PM 1 comment: 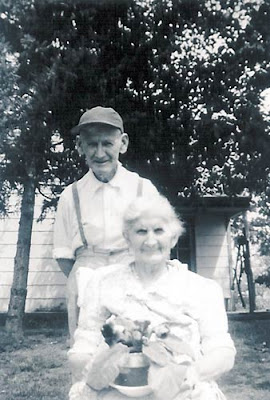 Morris and his wife Esther went to the state fair every year, and every year Morris would say,
'Esther, I'd sure like to ride in that helicopter.'

One year Esther and Morris went to the fair, and Morris said,
'Esther, I'm 85 years old. If I don't ride that helicopter, I might never get another chance.'

The pilot overheard the couple and said, 'Folks I'll make you a deal. I'll take the both of you for a ride.
If you can stay quiet for the entire ride and not say a word, I won't charge you!
But if you say one word, it's fifty dollars.'

Morris and Esther agreed and up they went.
The pilot did all kinds of fancy maneuvers, but not a word was heard.
He did his daredevil tricks over and over again, but still not a word.

When they landed, the pilot turned to Morris and said,
'By golly, I did everything I could to get you to yell out, but you didn't. I'm impressed!'

Morris replied, 'Well, to tell you the truth, I almost said something when Esther fell out,
but you know, fifty dollars is fifty dollars!'
Posted by IHeartQuilting at 10:34 AM 4 comments: 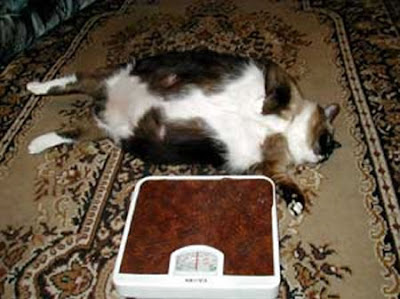 Hello, I'm at 195.5 this week, down 8 pounds since we started this Challenge. It's been at least 5 years since I've seen a 5 in that number! As long as I continue to lose a half pound to a pound each week, I'm happy with my progress. I won't win the challenge by any means, but I decided I will continue to use my blog as a place to chart my progress throughout the rest of the summer. Realistically, I expect to lose a total of 15 by the end of the summer, and maybe 25 by the end of the year.

I will say that I have not been exercising at all. My right ankle and achilles tendon has been giving me some trouble lately so I can't do the aerobics I had started earlier. I'm going to give our non-impact exercise DVDs a chance this week, which should give my metabolism a boost.

Good luck to y'all this week!
Posted by IHeartQuilting at 10:34 PM 2 comments:

Bunch of Stuff, including Weigh-In

Hello. It's been a busy couple of weeks, with Number One Son's Senior Prom and Graduation, both my and Number One Son's birthdays this week, and then two days without electricity as a result of this past Tuesday's storm. Our power was restored last night finally. Fortunately our parents live close by and we were able to salvage a good amount of food by using their freezers and fridges. Some of our neighbors have gas-powered generators that were running outside for two days, so the yard was too noisy to play in, and smelled like truck exhaust for the duration. But that is over.

Now we've got two parties this weekend to handle, one at home here Saturday for the birthdays and Father's Day, then a big graduation party on Sunday for my son and his friend Ben. We are combining their parties at Ben's house, so more of their friends can attend.

I don't have time now to put up pictures because they are on the other PC, but I will add them later.

For the Weigh-in, I am at 196, down another half pound. That is probably the result of not having any food in the house for two days.

That's all for now, thanks for stopping by!
Posted by IHeartQuilting at 2:17 PM 4 comments:

My daughter emailed me this brain teaser, called Funny Farm, and I think this is the best one I have seen. Use this link to look for the Funny Farm Puzzle. 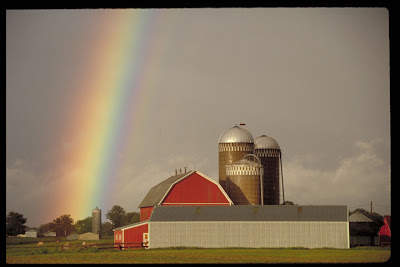 We've been working on it for over a week now. It's fun and great to do with someone else. My daughter started it with her whole work team over the Memorial Day weekend holiday, and they finally finished every single answer to complete the entire grid. The idea is to guess the answers in each mini-grid and open up the other grids as you go. Great word fun, and addictive! Have fun.
Posted by IHeartQuilting at 4:00 PM 2 comments:

Better late than never. I'm at 196.5, down two pounds from last week. Something is working!

Good luck to you this week!
Posted by IHeartQuilting at 8:04 AM 4 comments:

IHeartQuilting
Southeastern PA, United States
Quilting, Sewing, Cooking, Jersey Shore, Gummy worms, Reading mysteries, Fresh home-grown veggies and herbs - My little slice of Heaven. I have 4 grown children, and a 5 year old, as well as 3 grandchildren and counting! I work full-time from home, and also am lucky to work part-time at a local quilt shop - Country Quiltworks in North Wales, PA. A lot of my inspiration and fabric love came from a chance shopping trip there with my sister Sue, and the rest is history.

Check out these other Blogs....